May blitzed by me in a blur of bacteria, bureaucracy, and blackspot. But it also brought Amanda Parer’s BIIIIIIIIG bunnies to a botanical garden in my town: 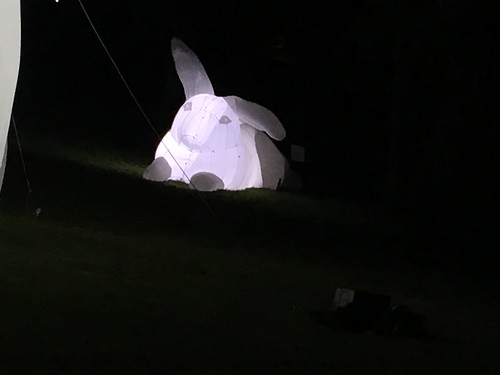 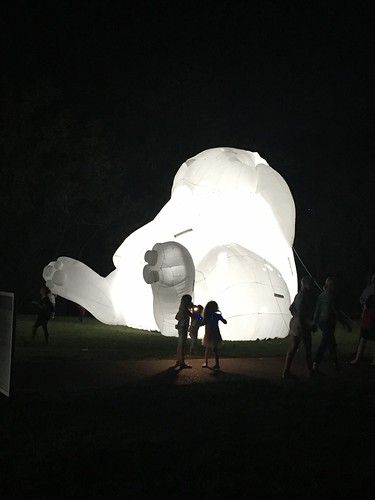 At Hoppy Hour, there was a silent disco that escaped its blue-lit headphones while I was waiting for my food-truck banh mi and Thai iced tea. It was a fine way to start a Friday night, and so was the spoken word Happening yesterday night at the Frist Art Museum, which included Rashad thaPoet slammin’ the four-dollarcent jury verdict, Debria Love leading a laughter- and snaps-punctuated takeoff on the Lord’s Prayer laden with hip-hop in-jokes after the crowd agreed that Kanye was a Kan-NAY, and S-Wrap (Saran Thompson) pulling the crowd into chants. One refrain:

SW: I speak
Crowd: You speak
All: We speak life!

In the cypher segment, the prompts from the audience included “banana” and some other… oddities … but S-Wrap set up his call-and-response hand cues with “cat,” “power,” “peace,” and “iridescence”: 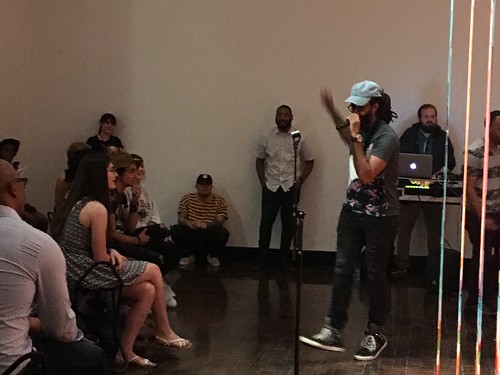