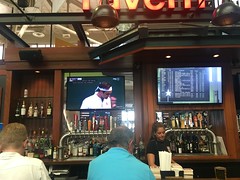 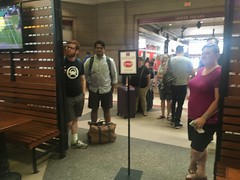 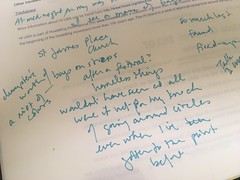 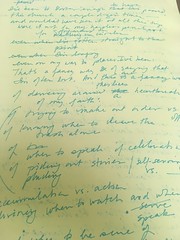 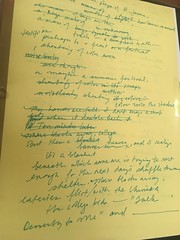 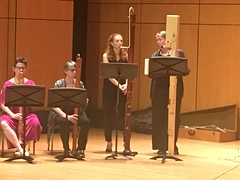 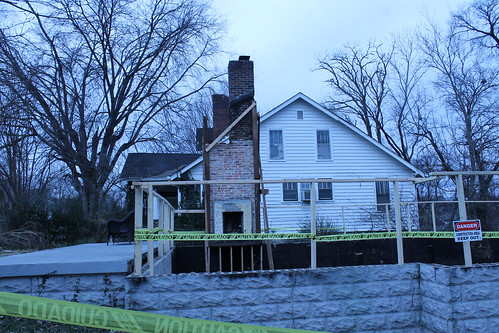 We. Own. Nothing. Not even when we pay for them
or when we pet or polish or pray
our longings into titles and possessions,

much less when we press our names or initials
into their layers with ink or fire —
this world is not our home,

our images like water, even as
they freeze for long minutes on our screens.
Here’s to the clutter of bins and warehouses

and here’s to the wind that sweetens the sky
even as it stings our cheeks
on its way to whipping more things away. 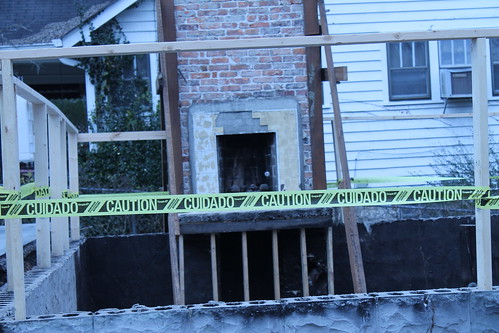 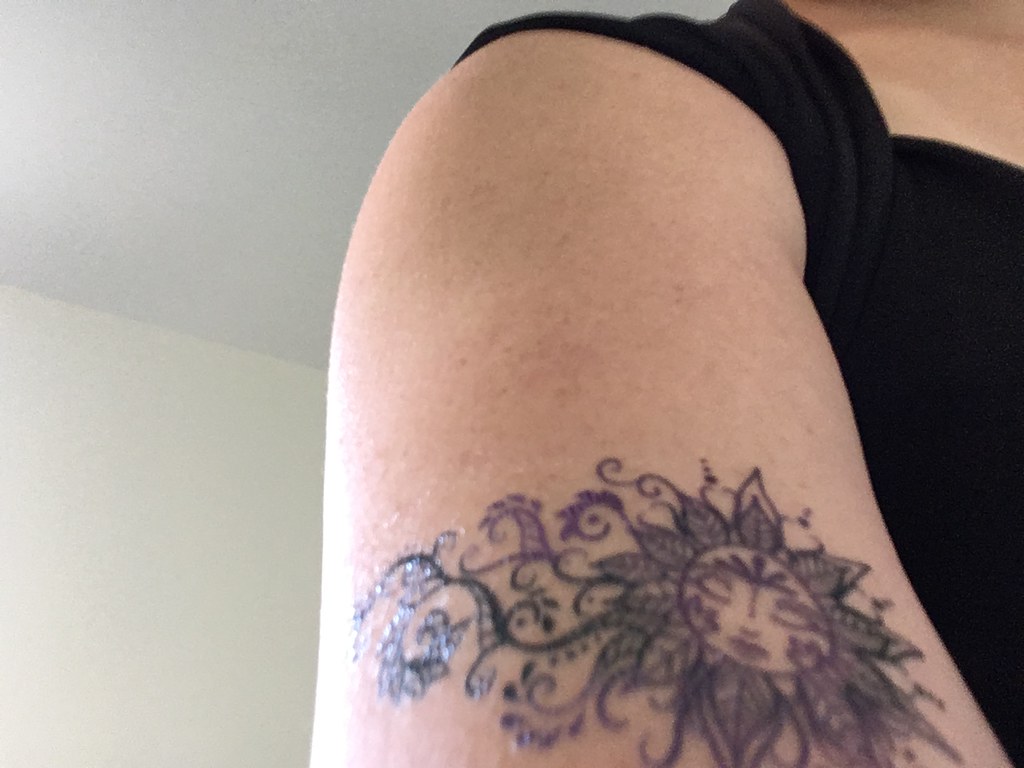 I wear the sun on my arm to say
Nothing can be true or total all the time:
Ink blurs and bleeds, features fade,
and I have been called a thousand names
that weren’t my own, sometimes with malice
and often within a miasmatic memory’s
failure to ever-fix my mark among its grooves.
I shall not be greedy. Two hundred years hence
we all shall be writ in water and fire —
dead light lacing the streaks of diamonds
plummeting into planets no plutocrats can plunder.
What is a treasure no tyrant can touch
or tax — what shall we call currency
that cannot be spent or shared? Under my pillow,
I press my palm to a coin from Taiwan,
tracing not the actual engravings —
a dictator’s face, a palace-museum
I played within but have no precious
recollections to cherish, precise
or otherwise — I finger the metal,
trying to melt into sleep, the better
to stay alive and sane, the better
to be not constant nor correct for all time
but often enough — just often enough,
just enough, often just, often adjusting —
you see how it is? Let me not
to the marriage of minds
deny the truth of impediments:
I am no compass, but I am the moss
that glows jewel-green on even mundane days
and coats the trees on trails,
a mute map through midnights. 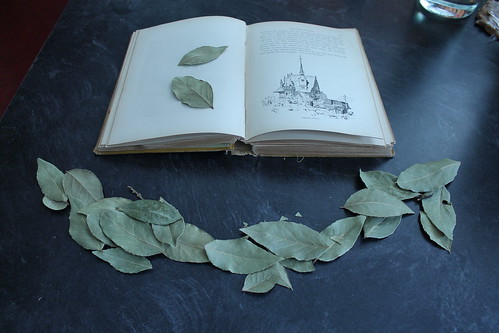 but then I saw
that only the veins
matched the antique pages.
So much for spinning

some spiel about stories,
spices and sauces —
how almost everything fades,
dries out, flickers

into dirt and dustbins. Yet
to greet this morning
with such abundance —
how immense, how marvelous

decomposing
amid the scraps
of ordinary meals. What
a luxury, this space

to not need what’s at hand
and time to study it anyway —
a few final minutes
of not yet moving on. 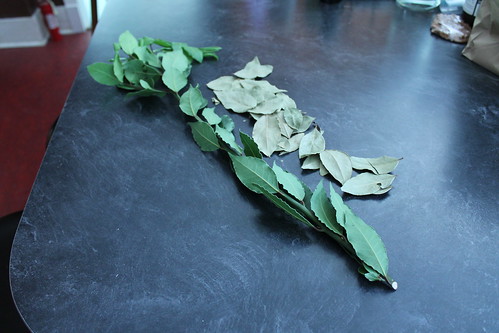 Just playing around, really just playing, with a word from the N+7s and in a style I don’t consider my own.  To my surprise, I like where the last 2 lines went.

* I’m skipping/already skipped days 9 & 12 for Good Friday and Easter Sunday.  And I realized somehow my numberings have been off by a day, so maybe I accidentally skipped another day, too?

Thanks, everyone, for the encouraging comments! They’re very motivating.

Mary, I put Kamloops and Osoyoos in there specifically for you!

Walking the lip of the jump, I notice a tree
a ways off the path, a scraggly, wind-wracked,
haphazard excuse for a tree, still leafless
for the most part, and cold-looking.
Bits of bundled fabric—frayed, sun-faded, more like rags
than ribbons—hang in its branches. They seem somehow eerie,
like abandoned toys, or Christmas lights no one bothered
to take down. It sticks in the back of my mind.
As I leave I mention it to the Blackfoot girl at the desk.
The asking makes me shy, like an intruder. She glances away
and says the tree is sacred. It holds offerings and prayers
to the ancestors, so that they can use this place. Does that tree
cover for me? Or could I, in all fairness, trip and fall
over the jump, that wind that frays the fabric
fanning out my hair, before my skull splits
on the kill ground, brains white as cloud, falcon food.

A peregrine and his mate nest in the face of the jump,
now, in the quiet season, before tourists herd themselves up
and down its slope, craning their necks, snapping
photographs.  Now it’s just us and the biting wind
he glides on, and his shriek.  He lands on a signpost
he doesn’t know is a signpost, flares his feathers, eyes us
with ancient ferocity.  Guarding his nest
from our invasion of two, our binoculars
and peanut butter crumbs.   Poor guy,
I tell my husband. He has no idea
what’s gonna come.

I forgot: writing poetry is hard.

I don’t think I’m going to title my daily bits of poem, because they won’t all be individual poems, and may in fat all be pieces of a single long poem.

Pack the tent like pick-up-sticks, shake ice
from its nylon guts, jump  in the car,
crank the heat, repeat—
three mornings in a row marked by the mad dash
to Tim Horton’s red signs, two double doubles each,
the CBC to keep us company
and Canadian.  My hands crack, red
from snowmelt wash and gas station bathroom soap.
Night number four—all campgrounds closed,
we camp in a farmer’s field and wake
to geese shitting up a storm beside
a frozen pond—white ice, white shit,
white snow—and me to my period, red gush of blood
on top of all that white.

I was sick for 2 days, so I’m cheating a bit and backdating my first 2 NaPoWriMo entries.  I’ve written next to nothing poetry-wise since September, and I’m going to get over that by writing every day for the next month.  And I’m going to post it all, in its terrifyingly rough and unedited nakedness, here.  To give myself some guidance, I’m going to write about the trip I took across Canada and back through the southern US last summer.  I camped the whole way, there was much chaos and bad weather, and there should be plenty to keep me going.  The writing itself will probably be terrible–I’m an obsessive reviser and will usually go over a poem for weeks or months, or at least days, before showing it to anyone–but I’m interested to see what it will feel like to post first drafts publicly.  It means I’ll also have a record of what I first wrote, which I can compare the final version to much later down the road.  They’ll probably be insanely different, since I try not to self-edit too much during my first drafts.  If I do any revising during this time, I’ll hold it back at least until NaPoWriMo is over.

I feel like I need to post a whole slew of disclaimers about how this isn’t what my poetry looks like by the time I edit and publish it, alongside a bunch of pleas for patience and mercy, but what the heck.  Here’s day 1.

Out of the rain forest that holds you like green fog,

through the the alkaline lakes by Kamloops,

the pocket desert in Osoyoos where owls burrow down

in the roots of cacti, the running joke of Spuzzum—one house,

one gas pump, and somehow still a town—

over the mountain border, a half hours’ stop

in Banff, espresso and eight-dollar Internet, the irony of elk

hoofing it down the sidewalk, past Starbucks and the GAP

and tourists who want photos with wild bears—what is it

with them, a death wish? But who wouldn’t

want to die here, under bright snow, next to the lake